Skip to content
Home > Books > Momma, Stop! I'll Be Good!: Based on a true story of child abuse 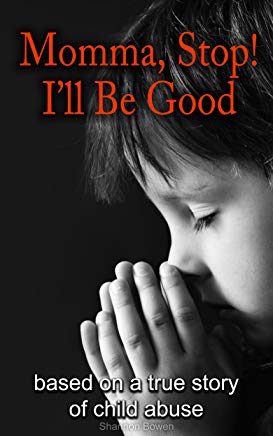 This continues the true story of child abuse that began in the best-selling book, "Momma, Don't Hit Me!"

This continues the true story of child abuse that began in the best-selling book, “Momma, Don’t Hit Me!”

The horror is revealed by a neighbor in her real-life diary, describing the child’s degradation, day by day and month by month.

In the first book, three-year-old Kevin was abused by Ann – his sick, twisted mother – and neglected by his hard-drinking father.

Despite steady calls from Kevin’s neighbors, the police were powerless to help the little boy. The state’s child protection department was too overwhelmed and understaffed to do anything, either.

Then, Kevin’s Father, Joe, left Ann and took Kevin with him. That looked like a happy ending to Kevin’s plight, and it concluded the first book.

However, within days, Kevin was back with Ann. Joe just couldn’t manage being a father.

In this second book of the child abuse series about Kevin, you’ll see more of Joe’s darker side and discover how far Ann would go, putting her own needs ahead of her son’s. And, you’ll find out what happened to Kevin.

It’s a brutal tale, but – especially for readers of the first book – this story brings closure to Kevin’s plight. (For those who haven’t read the first book, a summary is provided at the beginning.)

This book is based on a true story of child abuse and neglect that unfolded in New Hampshire (USA) during 2011 – 2013.