Skip to content
Home > Books > What Happened to Kevin: A Neighbor's Diary of Child Abuse and Neglect 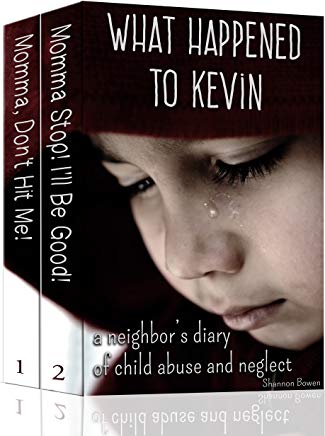 This is a true story of child abuse and neglect. It's not a novel. It's an actual diary, kept day-by-day.

This is a true story of child abuse and neglect.

It’s not a novel.

It’s an actual diary, kept day-by-day, documenting what neighbors witnessed, and a mother who was out of control.

What would you do if you heard child abuse in the apartment next door, night after night?

What if the police and state agencies couldn’t protect a three-year-old from his sick and twisted mother, and the father who claimed he slept through it all?

This real-life diary tells the true story of Kevin. It’s one of the worst true child abuse stories, told by Kevin’s next-door neighbor.

In this book, you’ll read what happened, day by day, as the legal system failed this little boy.

Don’t expect a “happily ever after” novel. In this book, you’ll read an actual diary as it was written during more than a year of child neglect and abuse.

As the tragedy unfolded, it took its toll on everyone involved… including those who knew what was going on and couldn’t stop it. It’s a harsh plea for increased child abuse awareness.

This book tells what happened to a little boy named Kevin, between November 2011 and May 2013.