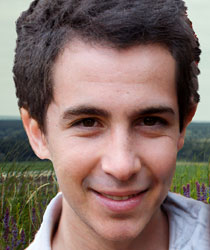 Jake Camden joins us as a new author writing in the horror sub-genre. His first book is Descent. It’s the prologue to his new series, The Amityville Diaries.

He’s followed-up with his second book, The Haunting of Obedience, co-written with Abigail Clark. It’s a campy ghost story for fans of 1960s’ horror movies.

Jake began writing from his dorm room in Vermont, where he majored in Environmental Science. He’s still in the Green Mountain State, planning his next book.

In his spare time, he enjoys lacrosse – and looks forward to playing it again, soon – and he admits that (just maybe) he might spend too many late-night hours playing Fortnite.